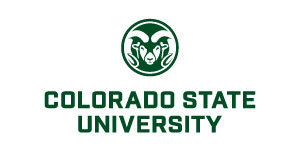 Missing pixels is a common issue in satellite images. Taking Landsat 8 Analysis Ready Data (ARD) Land Surface Temperature (LST) image as an example, the Source-Augmented Partial Convolution v2 model (SAPC2) is developed to reconstruct missing pixels in the target LST image with the assistance of a collocated complete source image. SAPC2 utilizes the partial convolution enabled U-Net as its framework and accommodates the source into the framework by: (1) performing the shared partial convolution on both the source and the target in encoders; and (2) merging the source and the target by using the partial merge layer to create complete skip connection images for the corresponding decoders. The optimized SAPC2 shows superior performance to four baseline models (i.e., SAPC1, SAPC2-OPC, SAPC2-SC, and STS-CNN) in terms of nine validation metrics. For example, the masked MSE of SAPC2 is 7%, 20%, 44%, and 59% lower than that of the four baseline models. On the six scrutinized cases, the repaired target images generated by SAPC2 have the fewest artifacts near the mask boundary and the best recovery of color scales and fine textures compared with the four baseline models.